The current line-up is a dedicated and enthusiastic bunch committed to the ongoing success of the society. The committee is currently made of of eight members.

Freya is a landscape researcher, who holds a first degree in Archaeology from UCL, and a Masters in Landscape Archaeology, GIS and Virtual Environments from Birmingham University. Her doctoral research at Durham University investigates the landscapes associated with Rievaulx Abbey in North Yorkshire. Freya is also a teacher (Fellow, Higher Educational Academy) interested in the development of adult digital skills. 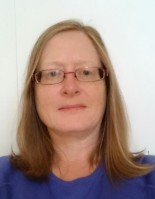 A member of TAS since 2014, Sara has served on the committee since 2015 as secretary, then membership secretary. These roles include taking minutes of meetings, writing occasional descriptions of TAS lectures, processing memberships/renewals and keeping members’ details up-to-date and safe. Sara became interested in archaeology when, after many years of being dragged round museums, she discovered the wonders of the British Museum’s European galleries, especially the early iron age bronze shields. She retired from her career as a patent attorney and recently completed a Masters degree in conservation of archaeological historical objects at Durham University: more rusty nails than ceremonial bronze shields! Sara also enjoys taking part in occasional archaeological fieldwork as a volunteer.

Kira joined the committee in 2016 and has been updating the website, Facebook and Twitter page ever since. In January 2020, Kira was elected as Deputy Chair and also manages the mailing list, sending frequent emails to members which usually are lecture reminders or volunteering opportunities. Kira also hosts our monthly lectures and attends outreach events in the local area, including being TAS’ representative at the Council for British Archaeology North and holding a seat on their committee. Having studied history at Teesside University for her undergraduate degree, Kira went on to pursue study further by completing a Master’s degree in Historical Archaeology at the University of York. Her main interest is in the archaeology of the early modern period and in the ways that material culture can be interpreted to understand the social and cultural history of different communities.

Callum joined the committee in 2019 as treasurer. A History graduate from Teesside University, Callum enjoys attending lectures and visiting museums. His interests are in the material culture of the Reformation, specifically architecture, and he is currently studying to complete a Master’s degree in Early Modern History at the University of York. As treasurer, he is responsible for all financial aspects of the society.

Maureen joined TAS in 2014, and has edited the annual TAS BULLETIN for the last few years. She has a life-long love of history, pre-history and of mythology – particularly of these islands – and after retirement completed a 1st Class BA (Hons) degree in Humanities and Classical Studies with the Open University. This degree course included modules in archaeology and in art history. She loves visiting museums, pre-historic sites, and archaeological sites here and abroad.

Bruce works for an oil company in North Yorkshire. He began studying archaeology while working in Dublin however moved back to England to complete his degree, achieving a BA in Archaeology with Leicester University in 2012. An exiled Geordie, Bruce has developed a passion for the heritage of our region.

Mike was elected to the committee back in the mists of time and served as Treasurer until 2015. Mike brings a wealth of knowledge and experience to the committee and is Director of Mining and Minerals at Jacobs.

The Committee welcomes your feedback, questions, suggestions and news.